Many men who have given up smoking have switched to smokeless tobacco in order to get their nicotine fix. There are several types of smokeless tobacco, including wet and dry versions that are placed between the lip and gum. A wet version, similar to snuff, is becoming more popular with those who like using dip, but don’t want the mess associated with spitting out used tobacco.

Many well-known companies sell a wet smokeless tobacco called snus tobacco. Snus is a Swedish version of snuff that users place under the upper lip. It has different levels of nicotine, which are labelled as Normal, Stark and Extra Stark. Nicotine levels for snus labelled as Stark is 11 mg, and for Extra Stark is 22 mg.

Most tobacco makers offer three package sizes for snus tobacco: mini, normal/large and maxi. The normal/large size is the most commonly offered and is sold either in tobacco shops or online. In each tin are pouches of tobacco, instead of loose tobacco, which makes it more convenient for those who like using smokeless tobacco.

Those who like smokeless tobacco like snus because no spitting is necessary. This means no messy spit cups or bottles to carry around or no spitting tobacco on the ground. Depending on the user, a snus tobacco pouch can last up to an hour.

Depending on the tobacco company, snus is usually offered in several flavors. Some of the choices are mint, wintermint, mellow, robust and frost. Instead of buying one tin at a time in a tobacco shop, online buyers can purchase ten tins at a time of their favorite snus flavor and strength.

Purchasing tobacco products online is convenient because the store is always open. It doesn’t close and you can browse the selections for as long as you need, even at three o’clock in the morning.

Alarm Systems – How to Protect Your Home and Family 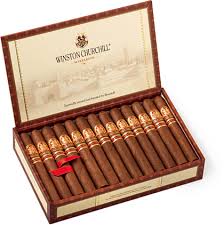 Say your cigar supplier or shop 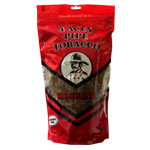 5 Types of Pipe Tobacco Sold Around the World

Choosing the right tobacco to smoke